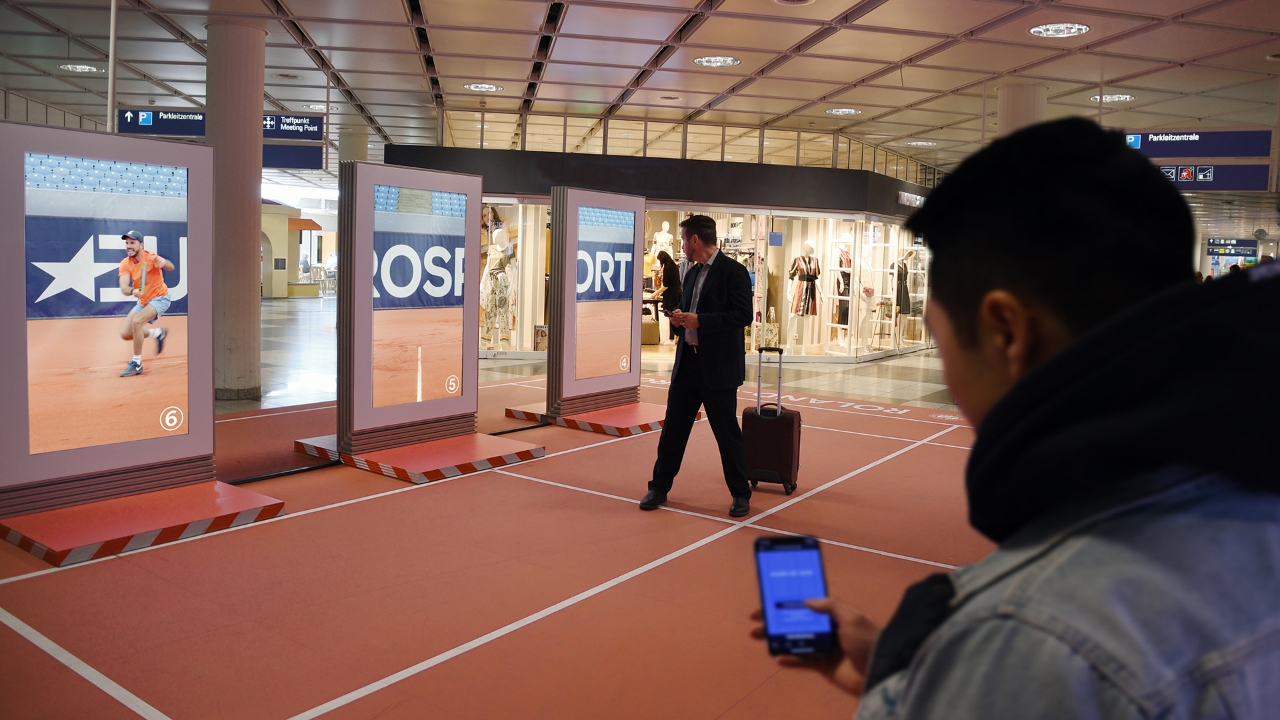 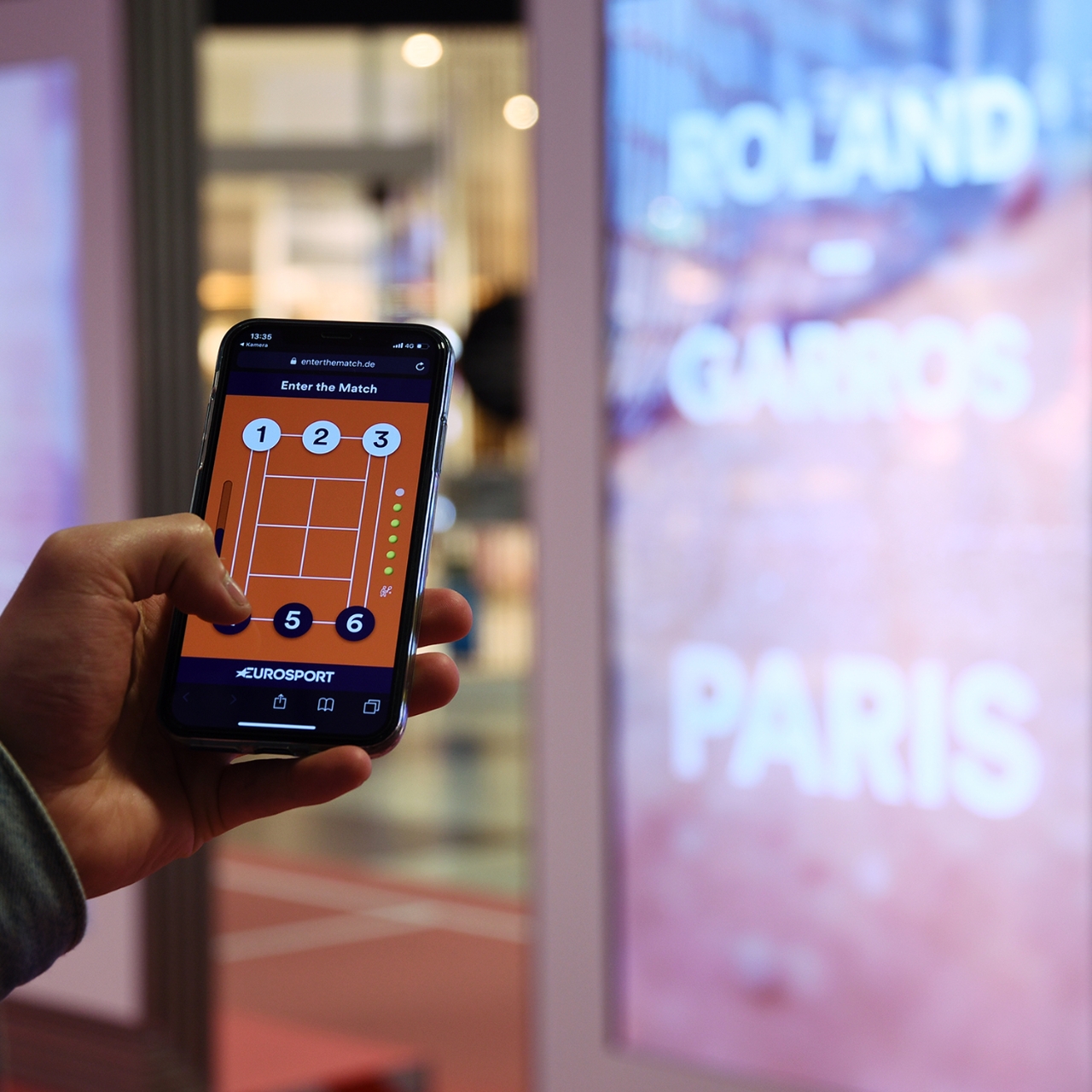 To gain new subscribers for the extensive live and on demand offering in the Eurosport Player app, the offering was planned to be promoted as part of the Roland Garros French Open.

We took advantage of the current appeal of the Roland Garros French Open and gathered all tennis fans at Munich Airport using the claim ‘Enter the Match’. On a tennis court more than 100 m² in size. The specially produced tennis match was split across six digital advertisement light boxes. Each player therefore moved across three screens, giving passers-by the feeling of being in the centre of the court. Ambient sound effects, such as a stadium atmosphere and loud player noises, reinforced the live nature.

Anyone who followed the match had the chance to win a free Eurosport Player pass by playing a mobile game. The aim was to encourage people to sign up.

The innovative way the screens were used ensured great attention and brought out the sporting enthusiasm of people passing by. Our interactive tennis match resulted in an uplift of 205.38 per cent among users of the Eurosport Player app and increased subscriber numbers by 141.93 per cent.

Play
Pause
Sound off
Sound on