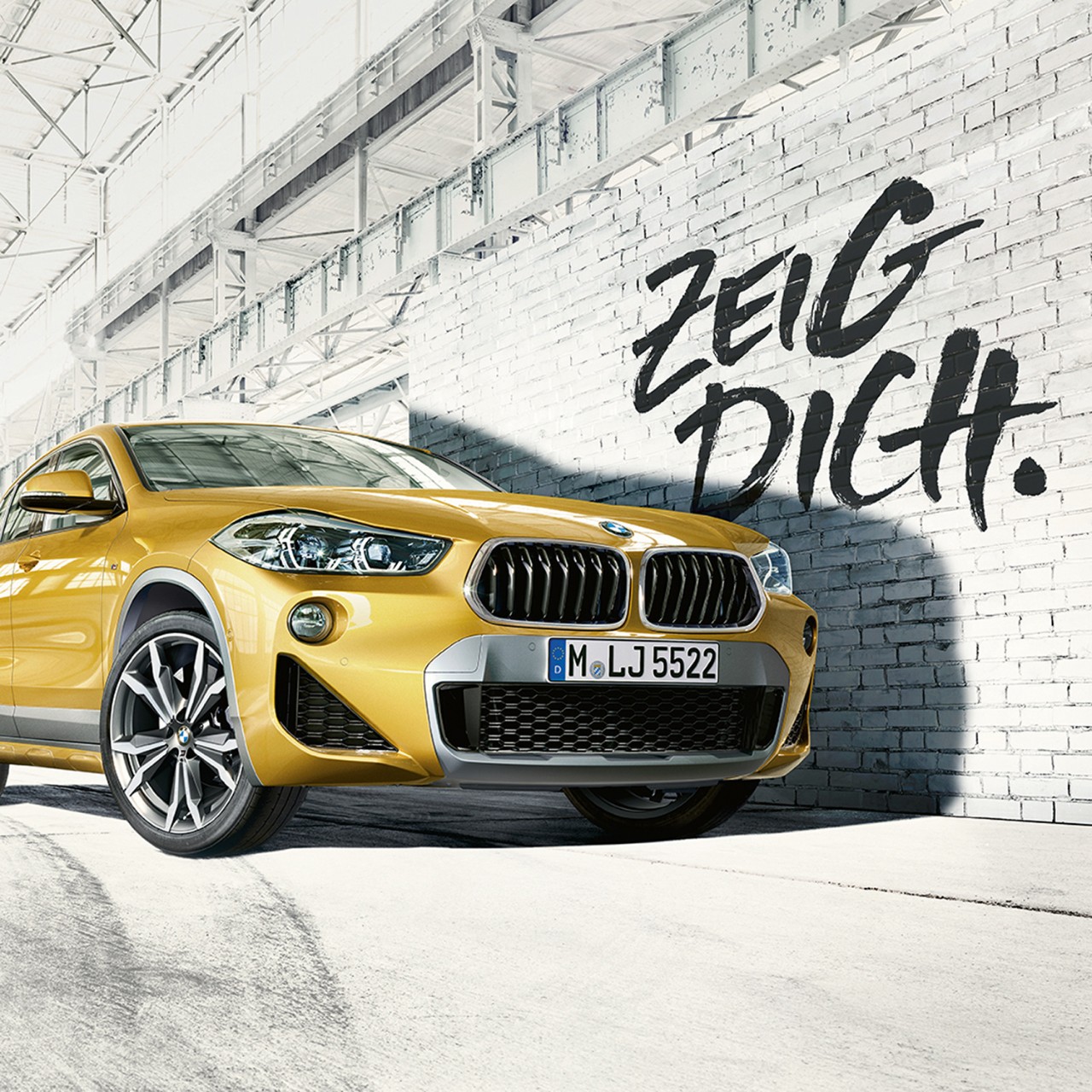 The automobile sector has always been a highly competitive market in Germany. New market players increase the ever-present pressure on manufacturers to innovate. New features, new models, new campaigns – the pressure around advertising is also constantly on the rise. Despite this intense competition, we wanted to create plenty of buzz around the launch of the BMW X2.
Broad coverage across traditional channels like TV, OOH and print helped raise awareness of the new BMW X2. We used online activity to build engagement.

The ambiguous BMW X2 launch campaign slogan is “Zeig Dich”, meaning “Show Yourself”. On the media side, we reflected this message as compellingly as possible: we selected and developed exclusive formats in-house, based around the motif of an unveiling. The highly interactive nature of these digital formats also allowed us to create special connections between the slogan and users – maximising the synergy between creation and media!
The campaign message “Zeig Dich” became something that you could experience interactively. Our methods worked. This was especially evident in our interaction rates, which increased by up to 130%.
The synergy between creation and media had the greatest impact:
• 58% more interaction time with the see-through ad
• 46% more engagement on social media (live photo ad vs. conventional link ad)
• 35% more conversions

We persuaded our client to forge a completely new path in developing their digital campaign and to harmonise the campaign slogan "Zeig Dich" (“Show Yourself”) with our media approach.