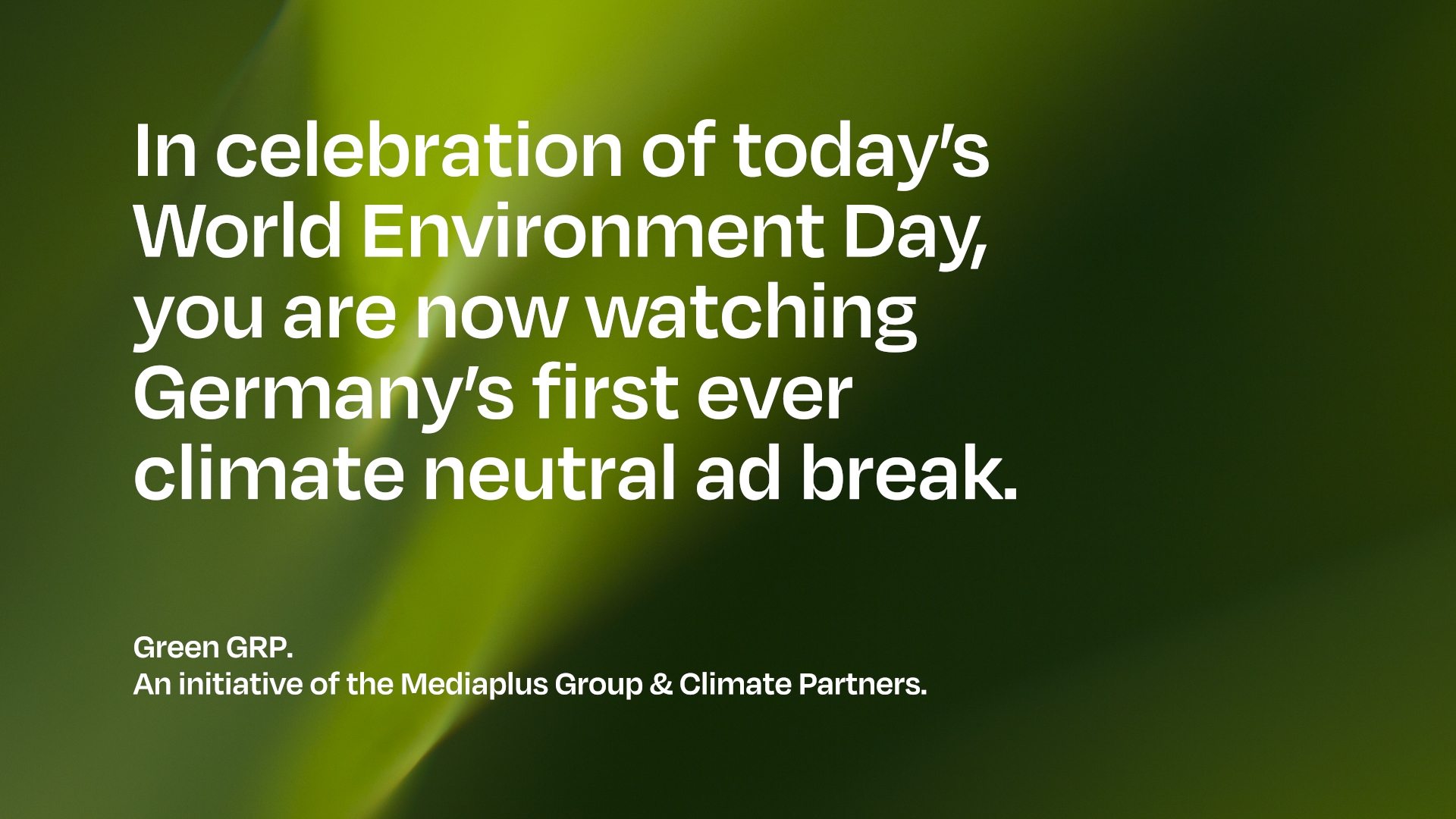 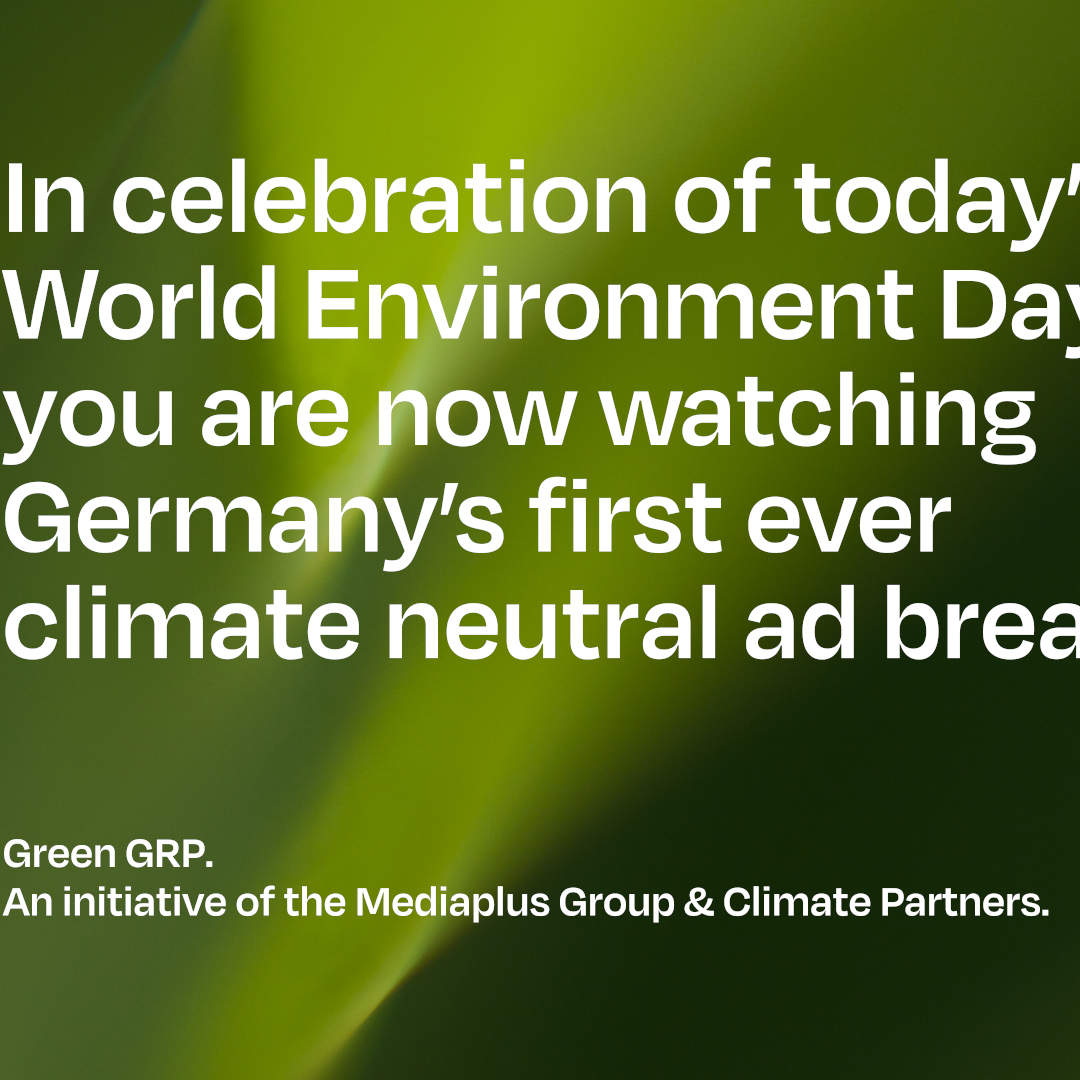 The production and distribution of advertising creates CO2. Using a special commercial break, Mediaplus is promoting the Green GRP, an initiative by which companies can offset the emissions caused by advertising. The “World’s First Carbon Neutral Ad Breaks” are aired on 5 June, World Environment Day, in cooperation with media partners and brands in Germany, Austria and France.

Munich, 7 June 2021 — It’s an issue that concerns us all. The production and distribution of advertising creates CO2. Through the “World’s First Carbon Neutral Ad Break”, which Mediaplus run on 5 June to mark the UN’s World Environment Day, the agency is providing a further stimulus to introduce more climate protection into the advertising market. The ad aims to encourage companies to offset the emissions created by their campaigns. Mediaplus was the first agency on the market to launch the Green GRP. This calculation model, developed in cooperation with ClimatePartner, determines the individual CO2 footprint of each media mix and the amount of offsetting required in relation to each climate protection project.

The ad break is aired in Austria, France and Germany. Further measures on addressable TV and radio also exist in Italy and Switzerland. The carbon emissions resulting from the broadcast of the entire advertising campaign were fully offset using a climate protection certificate in cooperation with ClimatePartner. Serviceplan Group clients who want to position themselves as first movers for more climate neutrality in the advertising market are able to run their spots during this special ad break. In Germany, Mediaplus booked advertising time on TV channel ProSieben. However, the Green GRP works independently of the marketer and for all types of media. It is calculated specifically for each inventory used in a campaign placement.

Through the “World’s First Carbon Neutral Ad Breaks”, Mediaplus wants to draw attention to the fact that the Green GRP can offset the inevitable carbon footprint caused by advertising. "In Celebration of today's World Environment Day you are now watching Germany’s (Austria’s, France’s….) first ever climate neutral ad break", says the opener to the ad break, introducing the commercials for the brands involved. At the end come the tagline: "All aired spots have been CO2 neutralised. The first step towards climate neutral advertising." A note also appears describing specifically how this can be achieved: “Green GRP. An initiative of Mediaplus Group & ClimatePartner”. Displaying the certificate number creates transparency about the offset payments made.

Climate protection is an important issue for the entire Serviceplan Group. In Germany Serviceplan has been climate neutral since 2020. As a follow-up to this, the agency subsidiary Mediaplus launched the Green GRP at the beginning of this year. Andrea Malgara, Managing Partner of Mediaplus Group, explains: “As an agency, we see it as our duty to contribute to the climate neutrality of the advertising market. As a company, we are climate-neutral, and with the Green GRP we are also making our product, advertising placements, climate neutral. We are delighted to be able to use this idea to draw attention to this important issue, and would like to thank all the media partners who have made this possible”.

The Green GRP is available to all market partners – agencies, media companies and advertisers – as an open initiative. With this initiative, Mediaplus would like to support companies in their own efforts towards climate protection, and create awareness for this important issue. Starting with Mediaplus Germany, the model is now being rolled out in other countries as well. Matthias Brüll, Managing Partner of Mediaplus International, says: “Climate protection is a global issue. Our goal is to roll out the Green GRP globally in cooperation with ClimatePartner. With the first climate-neutral ad break, we took our message to Austria, France, Italy, Germany and Switzerland as a first step. Other countries will follow”.

For more information on the Green GRP go to: 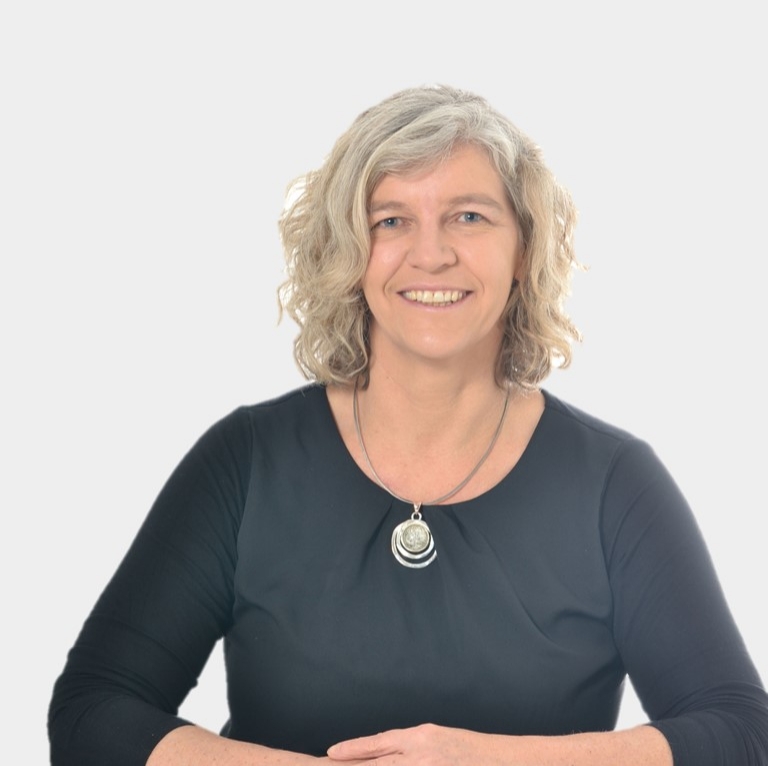